“May the solidarity and heroism exhibited by our ancestors fuel our desire to spur meaningful and lasting change in our communities as we collectively battle the social ills of corruption, illegal drugs, and criminality that impede our progress as a nation,” he said in the statement released Monday

The President also stressed the importance of remembering the sacrifices made by our heroes, which have afforded Filipinos the liberties they enjoy today.

Duterte said, “Through the patriotic fervor shown by our forefathers, we have freed ourselves from colonial subjugation and proved to the world that we stand united as the pioneer of republican democracy in Asia.”

The President hoped Filipinos find within themselves the same kind of patriotism and courage shown by forefathers to defend the ideals of the country now and in the future. 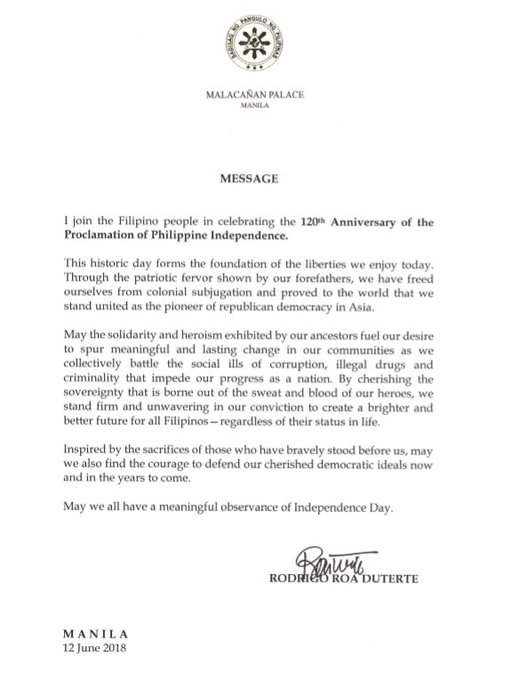 This article was originally published on CNN PH.

ILOCOS NORTE—All the way from Waipahu in Hawaii, 21-year-old Reschi Karla Ramo takes a vacation in Barangay Calioet, Libong, Bacarra yearly, where she was…