‘It’s time to go back and fight our battles,’ says Clare Amador to the graduating mid-career class at the Harvard Kennedy School of Government

MASSACHUSETTS, USA – She came to Harvard last year fraught with fear. On Tuesday, May 22, Clare de Guzman Amador, former Philippine government official, not only conquered that fear, she also took the stage to deliver a speech on behalf of her graduating class at the Kennedy School of Government.

“I’m leaving with more uncertainty,” said Amador, one of 4 graduates chosen by each of the 4 post-graduate classes at the Kennedy School to speak at the awarding ceremony two days before the university-wide commencement exercise. “But one thing is clear: I am now less afraid.”

A Mason fellow, Amador is graduating along with the mid-careers at Kennedy for a degree in Master in Public Administration.

Her class of more than 200 chose her to deliver the speech for them, after a process that asked for nominations, held auditions, and trimmed a short list to one.

It’s a tradition that goes back to many years at Kennedy, which is Harvard’s training ground for policymakers and leaders that brings together professionals from all over the world.

Amador, 35, is the first Filipino in recent memory to be chosen to speak for a Kennedy class during commencement week.

“We joked that we didn’t have [policy analysis exercises] because our scars were enough. What we didn’t say is that these scars mark our victories in the governance reforms we did back home – little girls saved from human trafficking, the breakthroughs in cybersecurity, journalism, the newborns we welcomed this year, how we survived death threats and torture,” she said.

“We have worked for presidents and prime ministers – and give or take 10, 20 years, some of us are gonna hold those jobs, too,” Amador said.

She knows where she speaks of. 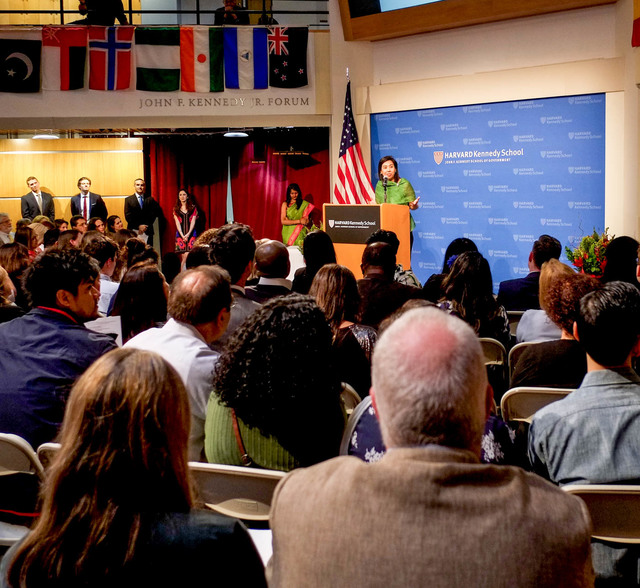 TIME TO GO BACK. Clare Amador speaks on behalf of the mid-careers at the Harvard Kennedy School of Government, on May 22, 2018. Photo credit: Rappler

Amador arrived at Harvard last year along with the highs and lows of her past life in public service.

She had served as chief of staff of former budget secretary Florencio “Butch” Abad and was an undersecretary at the department at the age of 32 – one of the youngest to hold that position in the bureaucracy. Abad himself earned his masters at Kennedy.

In the 2016 election, Amador supported the administration bet, Mar Roxas, who lost to President Rodrigo Duterte. Her brother is the incumbent mayor of Manaoag, Pangasinan.

“When the system says we are not good enough… No, no. We know we are,” Amador told the packed John F Kennedy Forum.

Amador was referring, among others, to how she herself lost a mentor, the late Batanes Representative Dina Abad, who died of cancer in October 2017, when Amador was only in her 3rd month at Harvard. 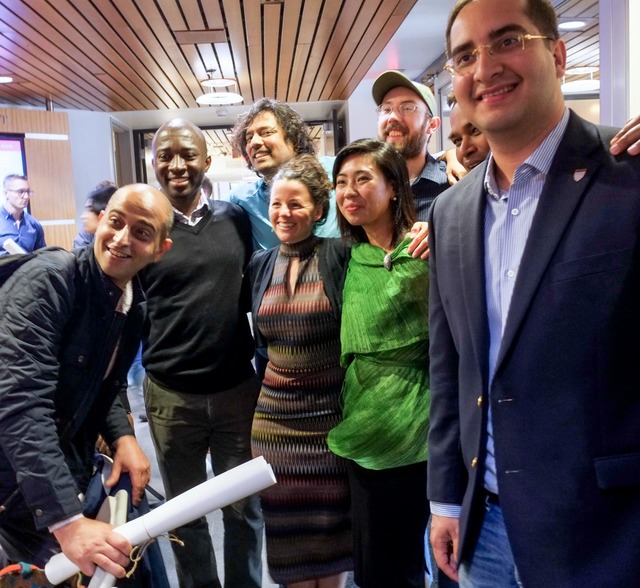 Amador is going back to the Philippines to work – but this time not in government. She plans to teach and seek other opportunities to serve.

This article was originally published on RAPPLER.

SINGAPORE – Singaporeans are the most “Wi-Fi obsessed” travellers in Asia, according to a survey by travel site Expedia. Out of 600 adult Singaporeans…